When Captain Cook first “discovered” the Hawaiian Islands, he found, by most estimates, close to 1,000,000 healthy, well-fed people, who lived in harmony with their environment. The indigenous population cultivated their fields and forests in a sustainable manner, and managed there near shore environment for hundreds of years supplying all their food, fuel, fiber and medicines, with no outside inputs. Within just a few years of Captain Cook’s historic contact, 90% of Hawaii’s population was decimated by disease…over 10,000 more Hawaiians died, when Kamehameha (with British help) subsequently  ”unified” the island chain into a kingdom. As the Hawaiians had no written language, much of the oral traditions that had been passed from generation to generation, were pretty much wiped out, as the Kapu were broken. The real secrets of how the Hawaiians had developed their amazing lifestyle (i.e. fish ponds, agriculture) were literally lost forever, as most of the people of Hawaii became dependant on their colonizers for their very survival. We now know, that Hawaiians did extensive mulching with leaves (kukui) stomping them into taro patches, for example.

It wasn’t long before the tropical rainforests were cut down, the land overrun by cattle and eventually planted out in huge plantations of sugar and pineapple. The farming practices were exploitive to the extreme, delivering huge profits into the pockets of the new landowners, who chose to exploit our fragile tropical soils with high inputs of soluble fertilizers and toxic chemicals.

Though Hawaii has seen a number of different crops like papaya, banana, coffee, macadamia nuts, flowers and herbs, etc., conventional agriculture has continued this exploitation. With the demise of the large sugar and pineapple plantations much of Hawaii’s polluted land lays fallow, land banked by its ”owners” waiting for a future development windfall. It is unfortunate that Hawaii is not at this time able to produce enough clean, nutrient dense food to feed its own population, depending on imported foodstuffs from around the world.

In response, successful sustainable farmers have come to recognize that the health of their communities is directly linked to the health of the soil. By having healthy soil we can grow healthy crops more easily and a healthy crop means greater economic returns to our farmers and of course a healthier population. Sustainable soil improving practices include cover crops, crop rotations, composting, mulching, living mulches and natural-source fertilizers.

Dancing with the Mother 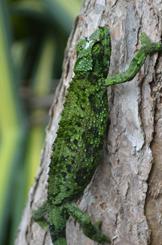 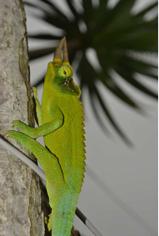 Please download the PDF file for the complete document!

Agricultural problems in the tropics: .. 14

For more information or to inquire about our consulting services, please contact Jon by email-